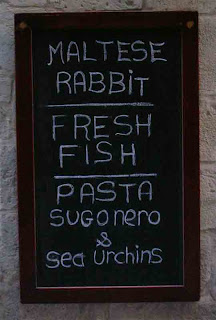 Lou Ann is always telling me I'm doing too much on these trips. Today I took it easy. And I've got to tell you something you may not believe: for about 3 hours this afternoon, I took the windbreaker off. OUTSIDE. Earlier I had had both windbreakers on, but by about 1 it was actually warm enough, and the wind was actually light enough, to shed the long sleeves. Amazing.

This morning I did some sketching at the Upper Barrakka Gardens, and while I was working on a sketch, I heard the distinctive high-pitched roar of the floatplane taking off. I've been trying to get a good shot of that plane taking off almost since I got here. The whine registered with me quick enough for me to set down the pencil and reach in the side-pocket of the backpack for my camera, BUT--yes, but--where I was standing at the walls to do my sketching (looking out at a tower on another stretch of walls--there was some kind of netting in use along with scaffolding for some repair work they are doing, and so I couldn't get a clear shot of the plane. Usually the whine/roar starts up, and it takes me a few seconds to realize what it means, and by then I can't get the camera out and turned on soon enough to get a decent shot. This morning it was the netting.

BUT--yes, but--a little before one, when I was on the ferry on my way to Sliema, I heard that whine again and saw a floatplane (the same floatplane? I don't know) in Marsamxett Harbour (instead of the Grand Harbour), and I was able to get the camera out and get a couple of shots. Unfortunately, the plane is against the backdrop of buildings in Sliema and doesn't show up as well as I'd like. But if you look carefully you can see the spray coming off the pontoons as he gains speed. 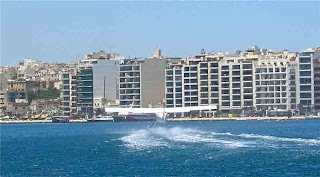 Then, on the ferry ride back, I saw the floatplane parked/docked near where the ferry docks, and so I got this static shot. It's much clearer, to be sure--and I was much closer--but there's no action. I'm trying, folks, but luck just hasn't been with me yet. 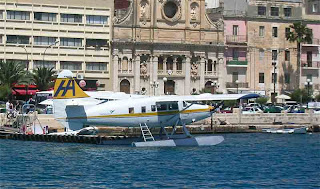 Anyway, while I was in Sliema, sitting out along the sea-wall, where I had my lunch and also drew for a while longer, the pigeons were coming and going in all their glory (?), and it wasn't the first time I had noticed this sort of white-brown color combination. Pigeons in the US are mostly gray, as you know, so this one sort of interested me. I'd also tried to get a photo of one of these "pale" pigeons earlier, but hadn't succeeded, but this one turned out all right. I will dedicate this photo to my ex-co-worker Dave from El Paso because he used to give me such a hard time about disliking pigeons. 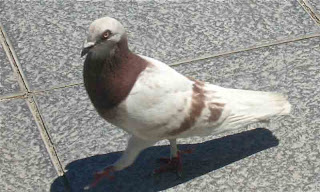 I had two sessions of tea-drinking at Marks & Spencer today, using the time mostly to read (though I also wrote a few postcards), and I did some reading at the Gardens and even at Burger King having fries and Perrier as part one of my supper (finished off later with tuna and applesauce). I also took this photo this evening at the Gardens. Somehow the arches, the palm trees, the large umbrellas, and the fancy stone kiosk make me think Bob and Bing ought to come dancing across the pavement here. "Road to Valletta," anyone? Maybe it's time for George Clooney and Brad Pitt to make a dancing movie. 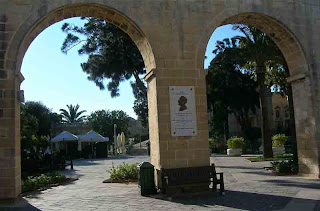