Teatru Manoel & so on 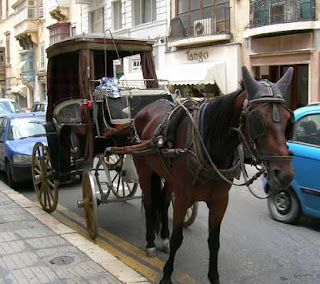 Do you think I'd get any smarter if I moved into this place? 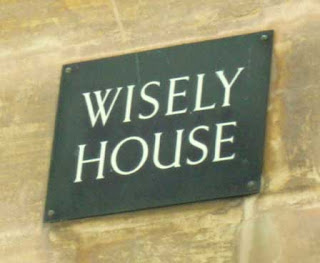 Grand Master Antonio Manoel de Vilhena, a Portuguese knight of the Order of St. John, had the Teatru Manoel (Manoel Theater) built in 1731. Its first performance was in January 1732. He called it the "Public Theatre", and knights were the performers in early productions. Later it was called the Royal Theatre (after the British took over, I'm guessing) and finally, in 1866, the Manoel Theatre, in honor of its founder. It's the oldest functioning theater in the British Commonwealth and the third oldest in Europe. For several decades it was superceded by the Grand Opera House (whose ruins I've shown in a couple of earlier photos), and during some of those years it served as a poorhouse and as a movie theater. Now it features live performances by Maltese musicians and singers, as well as by performers from other countries. For two nights last week, a Maltese opera was being performed.

I took this photo from the main floor, looking up at the boxes at the rear of the theatre: 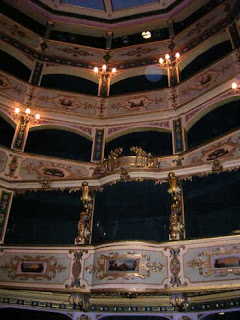 The three boxes in the center on the lowest level are reserved for the president, the prime minister and (I think) the minister of culture and their guests. Two more boxes, one on each side of those three, are reserved for I can't remember whom, and two rows on the main floor are reserved for the press and -- are you sitting down? -- the two censors! Malta still has official government censorship. There are also boxes on the two sides, coming forward toward the stage itself. During the years when the theatre was a poorhouse, families were allowed to rent a box, for a penny a night, to sleep in.

Originally the theatre was built entirely of wood, and the boxes, stage and ceiling still are. (Except, that is, for the 24-kt gold decoration on the ceiling.) But the main floor and its original wooden benches had to be removed because they had become infested with wood-worms which threatened the whole structure. So now there are theater-style seats and tile on the main floor. There are two large cisterns of water (under the orchestra pit, I think the guide said) which serve both to keep the wood from getting too dry and to aid the acoustics of the theatre. It seats only 620-something, and only 570 or so of those seats are sold, with the others being those in reserve. 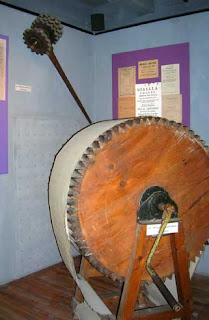 The large wheel in the foreground is the wind-maker. The guide cranked the handle for us and showed how wind sounds were made for opera and play performances. When she cranked quickly, it really did sound like a 35- or 40-mph wind. A slower crank produced a gentler wind. It looks to be a large, geared wheel with a canvas roll wrapped around it. The odd-looking item leaning against the wall is the thunder-maker. She said the sound of thunder far off could be produced by rolling the single wheel (on the close side in the photo) along the backstage floor, and nearby thunder was produced by rolling all three wheels along the floor. She didn't demonstrate this one, however. She also showed us the rain-maker (not in this photo), which functioned something like a rain-stick, except that the tiny lead balls were in a drawer at the top of the contraption--sort of like a very skinny grandfather clock--and fewer or more could be released at a time, for a lighter or heavier rain.

The Teatru now also owns adjoining buildings (or suites or whatever you call them) which include a cool-looking cafe in an open courtyard where the tour begins.

We had rain today. Not a lot, but enough to wet the streets down. It happened while I was in the mall, having tea, a big chocolate chip cookie and Dracula at Stella's. As I came down the stairs to go outside and head for Vanilla Wifi, I noticed the wet pavement through the glass doors. It was very barely sprinkling still as I walked up the street. Otherwise the weather had been a bit chilly; breezy again, and pleasant enough in the sunshine, but chilly in the shade. After a mostly warmish to even almost hot week last week, this week has begun in a cooler fashion.

Hey, Allen, mira pa'allá. And don't forget to tell Bubba there's a place just waiting for him in Sliema, Malta. 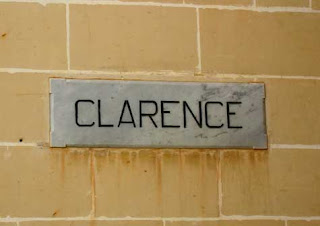 The Bellowers have vacated the premises. Will my new neighbors be quieter? Who knows? (Late arriving news: the Bellower's brother and parents were at breakfast this morning, then--while I was still eating--I heard the Bellower himself talking to the lady at the reception desk. Ayayay. I guess they just changed rooms. As long as they're far away from me, maybe it'll be all right. My little hallway seemed quieter last night, at least.)

This morning while awaiting and then riding on the bus, I had an interesting conversation with another English couple. They had just arrived yesterday, though this is their fifth trip here. The woman asked if I was from New York, although the man thought that my accent was clearly Texan. They wanted to ask me about the West Coast, but I had to tell them that I hadn't been yet to the section they are planning to visit. They want to fly to Seattle, rent a car, and then spend about three weeks exploring from Seattle down to San Francisco. The man says he has used (he may have even said invented) a flight simulator upon which he has "flown" down the West Coast already. Apparently it's based upon satellite camera work. He liked what he saw so much that they decided to make the trip. Previously they have visited the Northeast. The wife has only just retired--I believe she said a month ago--and the husband must have retired just a bit before that. They live near the coast in western England, about 30 miles from Bristol.

All in all I've met quite a few kind and interesting folks while in Malta. The Maltese-Australian couple I met here at the hotel just shortly after arriving are here again now, after several days at a more resort-y area up the coast. This is their "home-base" until they return to Australia on June 27 (oddly, the same day I fly to London), but have already booked a week on the Greek island of Corfu in June and may book a few days in Rome or somewhere else as well. (They are spending more money than I am!) Their vacation time, all together, will be 7 weeks, they said.
Posted by Cooper Renner at 7:09 AM

The Bellower and family will be replaced by a party of people who will drop their conversation to a whisper dramatically whenever you come into view.

Following their departure one of the rooms adjoining yours will be occupied by a couple whom you'll never hear speak. You will, however, hear their frequent outbursts of laughter at all hours.

From the room on the other side you will hear a succession of mews, growls, hoots, and whistles.

You are probably prophetic. The folks that moved into the room yesterday also seem to feel the need to talk quite loudly in the hall outside the door, instead of going in.

Two days ago we had a burning sun and today it may well rain
Theophrastus in his classical minor work: concerning weather signs: talks of this state
burning sun rain in three days
rain it will be unfortunately it comes on the south wind and this is filled with sickness for plants animals and humans alike
and I at this moment could be consider living proof of such sickness
my head has spent the best part of two days conversing with the bottom of the toilet bowel
now I should have worm a phallus amulet from my neck
warding of such injury unfortunately again I am to old it is an amulet for young boys
and any case if I wore a phallus affix to my beret as an alternative people may assume I am some Mafioso internet provider of porn

this brings to me to the subject of the phallus you described recently
which sounds like a multiple phallus?
the origination of this phallus
may be a subject that might interest you as it could be of roman origin
as a famous example is multi phallic mercury from Pompeii first centaury ad
mercury is seen per usual with the ram in this instant riding on its back
the ram has a human phallus very large in the normal place plus four more
all this forms a mobile and hung from the ceiling
coming from the rams feet are a collection of bells
a light breeze would be musical if not amusing